Embedded World is finishing up today and I’ve had the opportunity to browse the show floor and look at some new and upcoming products. There certainly has been a lot to take in but as I reflect on the last several days, there are several products I came across that I think are really cool. Below are my top five favorites.

(These products are not vendor influenced or advertisements. They are products I personally thought were interesting or cool. For disclosure though, I do have relationships with one or two of the companies, but I chose these based on what I think is cool and what I thought my audience would find interesting as well.)

While I was wandering around the NXP booth, I came across an interesting AI demonstration that was using a small edge device to perform object recognition. What caught my eye was that the development board that was running the demo appeared to be a Raspberry Pi but it was unlike any I had ever seen before. It turned out, it was a Coral development board that uses Google’s Edge TPU module on top of a Raspberry Pi style carrier board.

The Coral board, which you can learn more about at g.co/Coral, is a single board computer with a removable SOM that contains eMMC, SOC, wireless radios and the Google Edge TPU. The SOM is based on NXP’s iMX8M SOC that comes with an Edge TPU coprocessor to run machine learning applications. The demonstration for object recognition was quite amazing. It was performing object recognition in approximately 5 milliseconds! Extremely fast and powerful device for edge application. 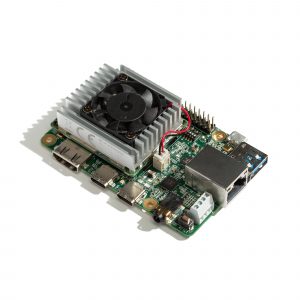 Cypress announced a new series of security microcontrollers the PSoC 64 which will have off-the-shelf software solutions for developers who are working in IoT applications. The microcontrollers were designed with security in mind such that they provide two processors on-board; a Cortex-M0+ for an isolated secure run-time environment and a Cortex-M4 for general application run-time.

The software solutions provide developers with important features such as a

I’m looking forward to playing with one of the development kits in the near future. (You’ll also notice that I am doing a security webinar with Cypress coming up in April 2019 that you can learn more about here).

Everyone loves using their digital assistant Alexa but if you want a device to work with Alexa then you have to build a skill for her. While at the conference I noticed that NXP is releasing a solution for Alexa Voice Service that allows a developer to add Alexa voice capabilities on a i.MX RT microcontroller. The processor is actually a crossover processor that is based on the i.MX RT106A that utilizes an Arm Cortex-M7 that runs at clock speeds up to 600 MHz! (Hardly something I would consider a microcontroller but it is Cortex-M based).

The solution is interesting because it not only allows voice to be added to applications such as smart appliances, hands-free devices, POS terminals, etc, it also provides software capabilities for:

I’ve had several ideas for little hobby projects around the house that I would like to add this type of capability to. From talking with NXP, the solution is now here but it won’t be available for mass market distribution until late this year. Which means I won’t be playing with or teaching any Alexa Voice Service classes until next year 😉 .

I came across an interesting, quarter sized LoRaWAN module that could achieve 5 kilometers (or was it miles?) communication distance using a built-in PCB antenna. The communication distance wasn’t what was the most interesting though. The module was designed to support end-to-end encryption in their application and even uses the three-levels of hardware-based resource isolation that is defined by Arms PSA. The module was also pre-certified which made it drop-in ready for designs.

I’m not doing anything at the moment with LoRaWAN but I thought the device was pretty cool! 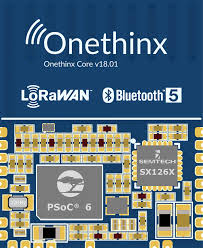 One area that I’ve recently been helping a lot of my clients in is improving their development processes. Whether those processes are meeting MISRA-C, adding static analysis or unit testing to their processes, there’s a lot of areas that developers can improve in. Now Parasoft C/C++test is not new, but it was new to me when I came across their booth. I really liked that it was a single piece of software that I could use to perform static analysis and develop software tests with. One feature I thought was intriguing is that it could suggest tests and automatically generate them. I spent probably 20 minutes in the booth having them walk me through a demonstration and once I get caught from the conference this software is high on my list to evaluate for my clients and my own development processes.

These are just my top five favorite products and as you can tell they definitely cater to my areas of interest as far as upcoming and important topics go. There certainly were a ton more at the show and plenty that I’m sure I did not get the opportunity to see or learn about. With hundreds of vendors that the show, it’s impossible for one person to get around and see it all. Even so, I hope that I caught the highlights and that these will help inform you on what’s happening in the industry and peak your own interest.