When I’m teaching “C Programming for Embedded Systems”, I’m often asked whether the ternary operator should be used or an if/else statement. Hidden behind the question is really the need to know whether the ternary operator is more efficient than if/else. One might think that compilers today would generate identical code. Let’s take a quick look at a simple comparison and see if we can discern the differences between the two.

First, let’s identify two equivalent statements to compare. Below is some code that does the exact same thing except on the left we have the ternary operators’ version and on the right the if/else statements implementation.

Both statements will mask Status.Data with 0x10 and if the bit is set, Status.Data will be cleared otherwise bit 0 is set. Now in a real application this might be a nonsensical operation but it at least gives us a test bed to see the code that is generated by the compiler. In this case, I was using GCC for an ARM Cortex-M processor with all the default optimization levels. The compiler spits out the following code (with my own highlighting): 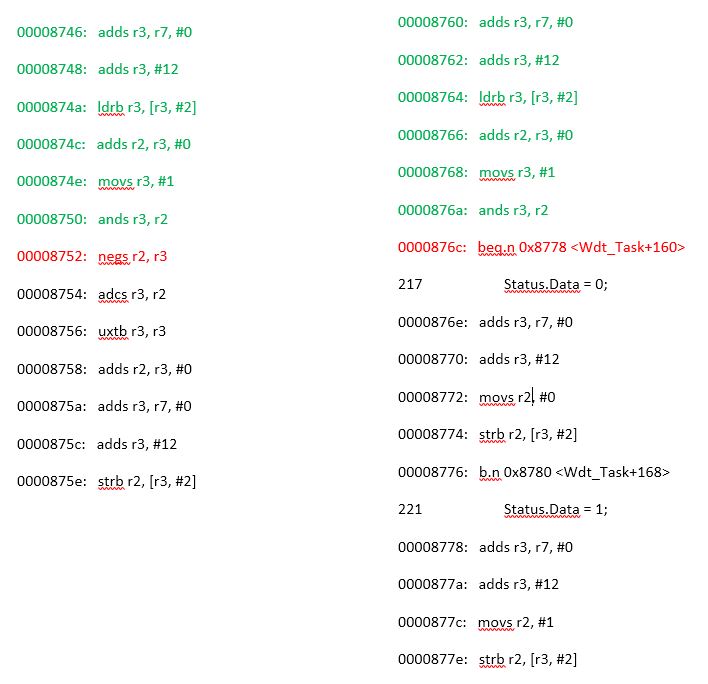 What gets even more interesting is that if we start to bump up the optimization level, we find that the if/else instructions can actually be optimized slightly to get the following result: 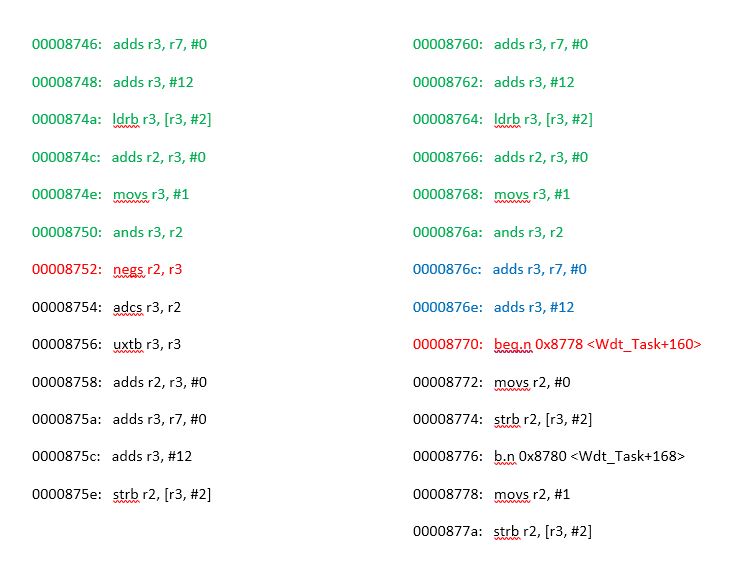 Code size wise, the two are essentially equivalent, yet each branch of the if/else statement will execute fewer instructions which should result in faster execution.

2 thoughts on “Ternary Operator versus the if/else statement …”