One of the problems with developing embedded software using a windows based machine is that there is no GREP feature built into windows. Developers can use the Search or Find in Files feature that is part of their IDE but generally these features don’t have the power of GREP. Developers interested in a Windows based GREP tool might be interested in using Astrogrep.

Astrogrep is an open source GREP tool designed for the Windows environment. Astrogrep is a bit primitive as far as Unix based GREP tools go, but it is powerful enough to quickly search through a directory and find the desired reference. Just like most Windows based tools, Astrogrep has a built-in graphical user interface which makes setting up the search criteria trivial. 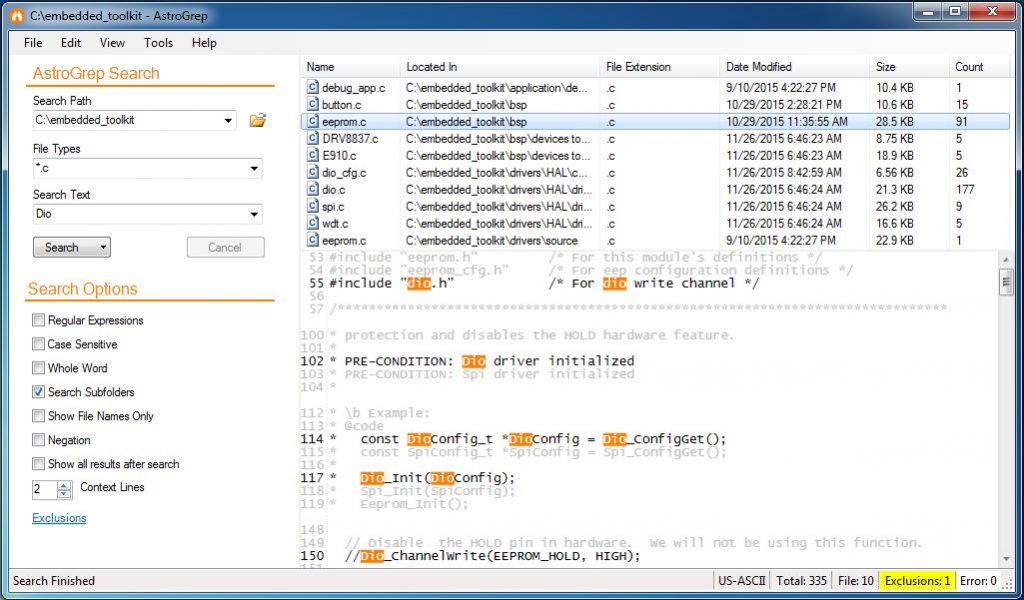 Developers using Astrogrep have the capability of setting the search directory with recursion. Setting file filters and search criteria is simple and straight forward. Developers interested in using regular expressions even have the ability to do so which makes Astrogrep a potentially indispensable tool when inheriting a code base for maintenance.

Astrogrep can be downloaded from http://astrogrep.sourceforge.net/.

What tools do you like to use to quickly search and analyze your code base? Feel free to email me at jacob@beningo.com and let me know.