The mindset that an engineer has about the work that they are doing can have a large impact on the success or failure of a project.  Many professional developers have grown accustomed to using “sandboxes”.  The problem with the sandbox concept is that it gives the illusion that the result of the work being done has no lasting effect.  A castle is built only to be torn down, never to take on a permanent or lasting form.  At the end of the day developers can feel like nothing they are doing accomplishes anything.  A change in perspective is needed and this is where the “Sandlot” comes in. 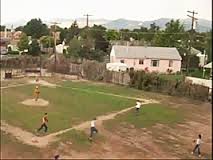 The Sandlot refers to none other than the baseball diamond of the iconic 90’s movie “the Sandlot”.  The Sandlot is an environment that a developer can use to prepare for the challenges ahead.  Developers experiments may lead to a strike out but they gain experience and knowledge of what not to do.  The Sandlot offers an opportunity to learn but more importantly it provides the opportunity to get on base or hit a home run.  Scoring for the team and providing a net benefit that can be used in production.  A developer can push the limits of technology with the mindset that what they are doing won’t be torn down but instead, will lay the groundwork for production.

Developers with a Sandlot mindset will view the work they do not as loosely collected sand but instead, the foundation from which to grow, build and rise above the competition into legend.

Do you want to play in sandbox or are you ready to play ball?