Happy 50th Birthday to the microprocessor! This month, 50 years ago, the first microprocessor became commercially available, the Intel 4004. This little 4-bit processor launched a revolution that has not only kept electrical and software engineers busy, but has completely revolutionized, well, everything! 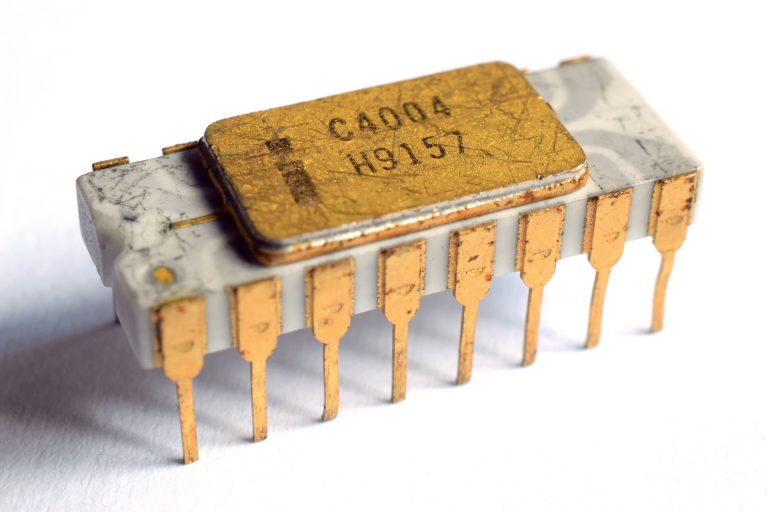 It’s quite interesting that the original intent for the 4004 processor was as a custom chip design for calculators. Busicom Corp, a Japanese based company, received their first samples in March 1971 for use in their 141-PF calculators. Just a few months later, in July, the chip became commercially available and led to a revolution in computing that has led to a microprocessor being put in nearly every device imaginable from toasters and microwaves to the powerful processors driving machine learning at the edge. In fact, the 4004 was a crash project that almost didn’t succeed (See this interesting IEEE Spectrum article for details), but it’s a testament to taking risks and how they can pay off.

It’s probably worth noting that a microprocessor does not have integrated memory like a microcontroller (the first of which was the TMS1000 and released in 1974). In order to get the microprocessor to function, a developer needed the MCS-4 chips which included:

Unfortunately, or perhaps fortunately, I never had the opportunity to work with the 4004. The part was released a decade before I was born, but I did have a month my sophomore year of college where I couldn’t sleep and decided to build an 8088 system on a bread-board. It’s main use was a glorified LED blinker which I could have done much easier with a PIC16F84, but I was looking for something challenging to do. (I have a picture somewhere but just could not find it in a reasonable timeframe for this blog).

The fact is though, the first microprocessor was not the computing device. It was the culmination of decades of research and technological innovations going all the way back to World War II. In fact, Jack Ganssle has a fantastic talk on the subject that will be one of the keynotes at the 2021 Embedded Online Conference. (You can register for only $90 using the code BENINGO90). 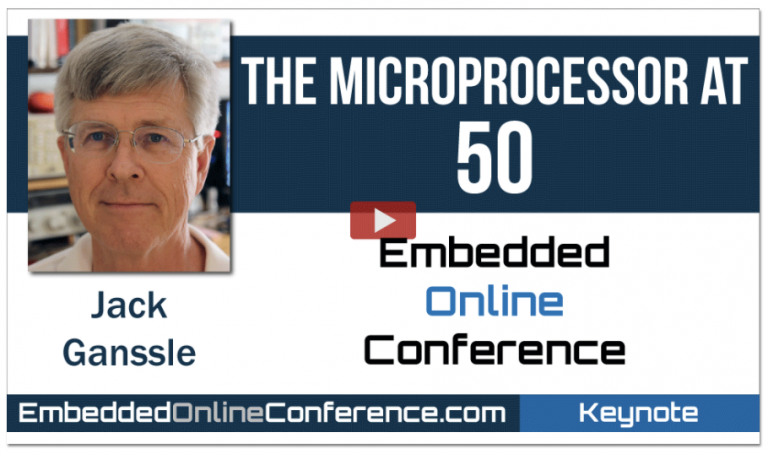 The microprocessor kicked off a computing revolution that is still underway today. While Intel may be struggling 50 years later, the company has dramatically impacted the lives of every human on the planet today and that legacy will continue into the future, well after Intel has disappeared.

In any event, Happy Birthday Microprocessor and many more!

One thought on “Celebrating the Microprocessors 50th Birthday”