Arrays are one of the most widely used data objects in C, yet, as it would turn out there are a number of misconceptions about arrays and a few tricks that are completely misunderstood or unknown to most programmers! 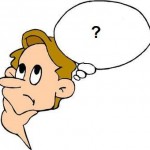 Take for example a simple initialization of an array so that each element is decimal 20:

Many programmers would expect this to be the equivalent of

Unfortunately this is NOT the case!  It is actually the equivalent of

This statement will initialize each element to 0!  Don’t forget that global and static variables will be automatically initialized to 0 by the compiler as seen below:

Another interesting fact is that as most developers know is that you can’t assign one array to another.  For example, the following would result in a compiler error:

What most developers don’t realize is that there IS a way to do this!  It can be done using a struct!  For example a wrapper struct can be created as follows:

The struct’s can then be initialized and the array set by using the following:

After executing the code Wrapper2.MyArray will have the same contents as Wrapper1.MyArray!  A neat trick that isn’t used terribly often but is still useful to know!